Renouned for its name as a “Thirst Quencher for Kathmandu Valley”, Melamchi river also known as Mahindrawati or “Mistress of the senses” is indeed a pleasure to the senses with her enchanted beauty and sound.

A small town with an altitude of 846m above sea level, Melamchi Bazzar can be reached by public transport within couple of hours from capital city. Despite being quite close from Kathmandu around 43.9 Km, due to road maintenance, the alternative route took almost double, around 4 hrs drive.

Melamchi Bazaar is also a gateway to the underrated but beautiful trek to Panch Pokhari. This multiple ponds are located at the altitude of 4100m and has one of the most famous glacier lakes among the most famous nine in the world. The five small and beautiful lakes have been combined into a lake by nature which is the main center of attraction for the tourists.

Melamchi lies in Sindhupalchowk district which covers 2542 km2 and is one of the neighbouring district linked with the capital city of Nepal. This district has been connected with Dolakha in the east and Tibet in the north-east; Nuwakot in the west and Rasuwa in the north-west; along with Ramechhap, Kavrepalanchowk and Kathmandu to the southern part. The district is garland with various cultural background like Tamang, Sherpa, Hyolmo, Brahmin, Chettri, Newar, Gurung and other indigineous people.

Only 85 kms away to the north-east corner of Kathmandu Valley, the capital city; the district has various major attractions of the region to fulfill the tourist journey in Nepal. Some of the most popular destinations are Helambhu, Panchpokhari, Tatopani, Gaurati Bhimeshwor Temple, Bhairav Kunda, Dugunagadi, Jugal Himal, Ganjala Pass, Bhemtang, Palchok Bhagawati, Patal Cave, Tripura Sundari Temple, bank of Sunkoshi and Indrawati rivers, Tampche, Ghunde, Paty Pass along with various other places of interest.

However, being severely affected from the 2015 Earthquake, lots of infrastructural monuments needs to be rebuilt. As a result of a gaze of neglect despite knowing both its aftermath and current situation, no such drastic work has been done by the responsible entity which has hugely affected the travel satisfaction of a tourist visiting this region. Due to this scenario, the tourism industry has been massively affected. Despite of these development initiative still not being taken after three years on the run; by gathering local fund along with their helping hands, the region is rising to its feet and showing some progress.

The town has been rebuilt, the roads are at the end phase of maintenance although 30% is still dusty and bumpy. Most of the houses construction have been completed, although during our visit we did find some of the people were still living in a temporary shelter as the rebuilt process was not completed. But as this region has huge potential because of its diverse landscape and culture, the more tourist can be attracted and with better service the travel satisfaction can be enhanced.

Travel convenience is another factor which can be fair indicator for measuring travel satisfaction and travel route is one of various travel indicators; others being accommodation, availability of public transport, mode of financial transaction (banks, ATMs etc.), favourable climate, places of interest and so on.

Because of the road maintenance, travel convenience was a low score as 30% of the road was dusty and bumpy. Accommodation was much better considering the small town with both A/C and non-A/C room ranging from $10-$20 or more depending upon the seasonality. For tourist looking for public transport, one could easily find the service available from the Old Buspark and Koteshwor. Moreover, although limited frequency of service can also be available from Sankhu Buspark but returning would be even easier as the more number of public vehicles return via Sakhu as well. As a result, public transport was much better.

Despite of being numerous banks, there were no ATMs around the region; so be prepared to take allocated cash with you. During my journey, I did not realize the non-existence of ATM although I did see few banks there. Luckily Money Transfer was available and I used the facility. Hence, mode of financial transaction was below par. Winter would be favourable if you are planning for a hike or trek around the town although more you elevate to the higher altitude towards Shermanthang, the climate would be favourable even in summer.

As a region for community trek, this tourism area could be an opportunity for passionate traveller for beautiful landscape views along with springfall and mountains, bird watching, early sunrise view, gain some horticultural knowledge, firsthand witness of the union of Nature and Urbanization hand in hand, beautiful spot for meditation, soothing river sound and many other mind nourishing activities.

Secure your package for Helambhu Region from one of the emerging adventure company in Nepal. Visit DMT Adventure official website on http://www.dmtadventure.com/ for more of your dream packages. 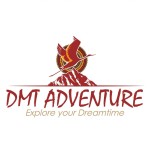